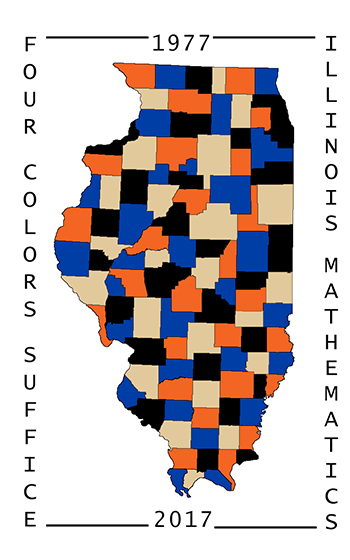 To celebrate the 40th anniversary of the proof of the Four Color Theorem, and as a part of the 2017 sesquicentennial celebration of the founding of the University of Illinois, the Illinois Mathematics Department will hold a Four Color Fest. This event, to be held November 2-4, 2017, will be a multi-day event celebrating the mathematical, historical and cultural significance of Appel and Haken’s achievement.

October 16 -November 16, 2017
Visit the Mathematics Library in Altgeld Hall for displays about the Four Color Theory

These events are sponsored by

We also acknowledge the support of the Department of Computer Science and the University Archives. 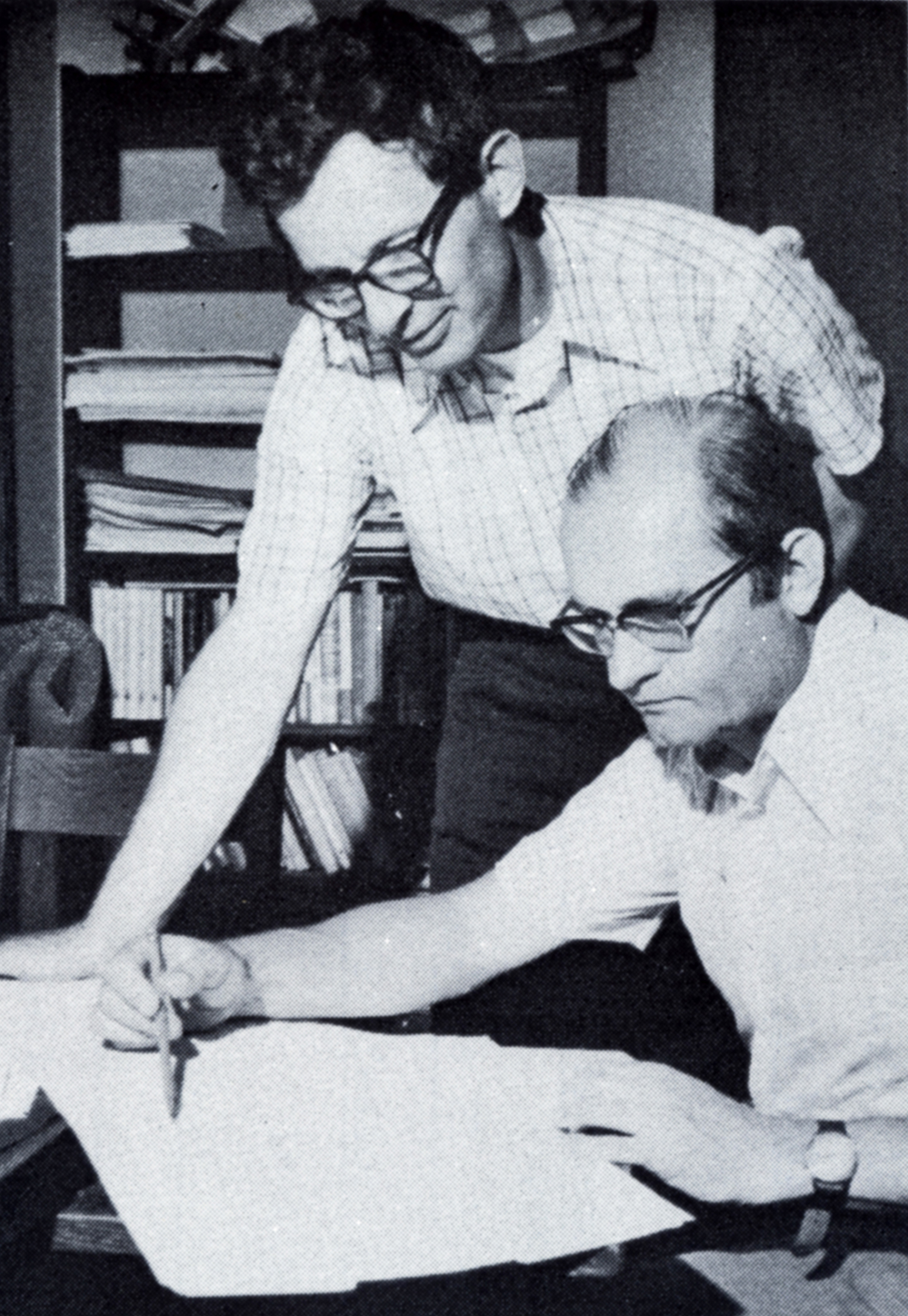 In 1976, two mathematicians at the University of Illinois, Kenneth Appel and Wolfgang Haken, announced the solution to the Four Color Problem. Originally posed by Francis Guthrie in 1852, the Four Color Problem conjectures that four is the smallest number of colors needed to color the regions of an arbitrary map in such a manner that any two adjacent countries are painted with different colors.

Appel and Haken’s resolution of the Four Color Problem was remarkable both for its mathematical and historical significance as the solution to a long-standing problem with an extremely simple formulation, and also for the method of proof. In fact their proof, which made extensive use of computing technology, was the first mathematical proof to rely in an essential fashion on the use of computers.

Published in 1977 in the Illinois Journal of Mathematics, the Appel-Haken Four Color Theorem is one of the signature achievements of the University of Illinois Department of Mathematics and a landmark result in geometry, graph and network theory, and computer science.