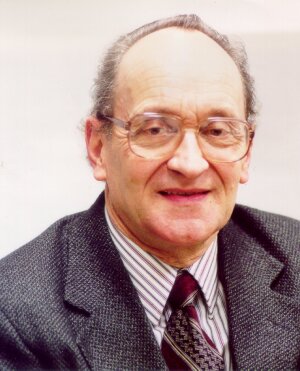 Philippe Tondeur is a research mathematician and educator, and a consultant on mathematics, science and technology policy. His current interests include mathematics research and education; the role of mathematics in science and society; innovation and science policy; institutional governance; and leadership development.

He retired a few years ago as Director of the Division of Mathematical Sciences at the National Science Foundation (NSF). Previously, he served as Chair of the Department of Mathematics at the University of Illinois in Urbana-Champaign (UIUC).

He published approximately 100 articles and monographs, mainly on his research in differential geometry and topology, in particular the geometry of foliations and geometric applications of partial differential equations. His bibliography lists nine books. He was continually supported by grants from the NSF from 1967 to 1990. He served as Editor and then as Managing Editor of the Illinois Journal of Mathematics, and edited the collected works of K.T. Chen. He served on numerous committees at universities and professional societies.

Philippe Tondeur has been a Visiting Professor at the Universities of Buenos Aires, Auckland (New Zealand), Heidelberg, Rome, Santiago de Compostela, Leuven (Belgium), as well as at the Eidgenoessische Technische Hochschule in Zurich, the Ecole Polytechnique in Paris, the Max Planck Institute for Mathematics in Bonn, Keio University in Tokyo, Tohoku University in Sendai, and Hokkaido University in Sapporo. He has given approximately 200 invited lectures at various institutions around the world.

Philippe Tondeur has been an Invited Hour Speaker of the American Mathematical Society (AMS) in 1976, a recipient of a 1985 Award for Study in a Second Discipline (Physics) at UIUC, the 1994 William F. Prokasy Award for Excellence in Undergraduate Teaching at UIUC, a 2002 Frederick A. Howes Commendation for Public Service from the Society of Industrial and Applied Mathematics (SIAM), and the 2008 SIAM Prize for Distinguished Service to the Profession. In 2009 he was selected in the inaugural class of Fellows of SIAM. In 2010 he was selected a Fellow for the American Association for the Advancement of Science (AAAS). In 2012 he was elected in the first class of Fellows of the AMS.

Since his retirement from NSF Philippe Tondeur chaired the Board of Governors of the Institute for Mathematics and its Applications at the University of Minneapolis, and served on the National Advisory Council of the Statistical and Applied Mathematical Sciences Institute at the Research Triangle Park in Raleigh, North Carolina. He also served as a member of the National Committee on Mathematics of the U.S. National Research Council, and as a US Delegate to the General Assembly and International Congress of Mathematician in 2006. He further served as a Trustee of the Instituto Madrileno de Estudios Avanzadas-Math (IMDEA-Math) in Madrid, on the Scientific Advisory Board of the Canadian Mathematics of Information Technology and Complex Systems Centre of Excellence, on the Scientific Advisory Board of the Mathematics of Climate Research Network (MCRN), and as the Delegate for the Mathematics Section to the Council of the AAAS.