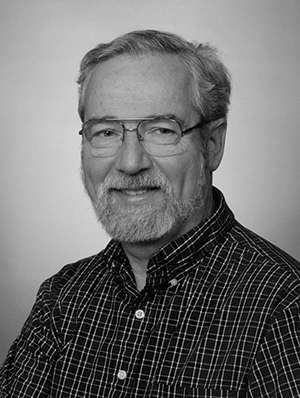 Professor Emeritus Joseph Rotman passed away on Sunday, October 16, 2016, at the Meadowbrook Healthcare Center in Urbana, Illinois. He was born in Chicago on May 26, 1934, to Ely and Rose Wolf Rotman. He married Marganit Weinberger on August 25, 1978.

Rotman did his undergraduate and graduate work at the University of Chicago, where he received his PhD in mathematics in 1959. His dissertation on Abelian groups was written under the direction of Irving Kaplansky. He served on the faculty of the Department of Mathematics at the University of Illinois at Urbana-Champaign from 1959 until his retirement in 2004. He was the author of highly regarded books on a wide variety of topics, particularly in the area of graduate algebra.

His research interests were in algebra, involving abelian groups, modules, homological algebra, and combinatorics. One of his early papers computed the Grothendieck group of the category of torsion-free abelian groups of finite rank; he classified countably-generated modules of finite torsion-free rank over discrete valuation rings; he determined which abstract abelian groups can be singular cohomology groups (with integral coefficients) of topological spaces; he gave a homological characterization of locally compact paracompact Hausdorff spaces; he investigated finite projective planes and found, as a byproduct, that one can regard finite graphs as quadratic forms over the field with two elements; he then used graphs to produce simple Lie algebras of characteristic 2.

Every serious research contribution is recorded in Mathematical Reviews, which keeps a record of the bibliographies. As of Dec. 6, 2016, the two editions of Rotman’s book An Introduction to Homological

Algebra have been given as a reference 684 times. Almost 50 of these, so far, are dated 2016. In addition, almost 400 books and papers have cited various editions of An Introduction to the Theory of Groups. Overall, Rotman’s books have been referenced more than 1300 times, by almost 1500 different authors. Four students completed their PhD dissertations under Rotman’s direction.

Rotman was very politically active and deeply concerned about social and humanitarian issues. He was also an Illini basketball enthusiast, and a fan of word puzzles. He loved to travel, and taught and lectured in many countries around the world. Surviving are his wife, Marganit of Champaign; a daughter, Ella Rotman of Chicago; a son, Danny Rotman of Champaign; and a sister, Margolith Rotman of Chicago.