See also: Transcript of the October 2004 Celebration of the Life of Joseph Leo Doob. 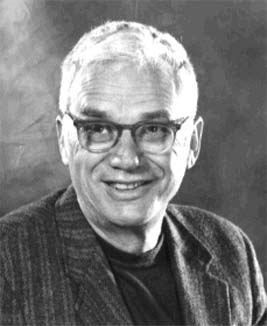 Joseph Leo Doob, a pioneer in the study of the mathematical foundations of probability theory and its remarkable interplay with other areas of mathematics, died June 7, 2004, in Urbana, Illinois, where he lived most of his life, arriving in 1935 as a new faculty member of the University of Illinois. He was mentally, physically, and socially active until two weeks before his sudden death when he was diagnosed with the liver cancer that caused it. He was 94.

Probability has been a subject of mathematical exploration for more than 300 years, but it was given a firm mathematical foundation much later, mostly by mathematicians such as Kolmogorov in Russia and Doob in America, beginning in the 1930s. Doob in his 1937 paper gave a rigorous mathematical framework for the study of continuous parameter stochastic processes, that is, families of measurable functions indexed by a parameter such that the family is pointwise continuous in the parameter (an example is the mathematical model for the Brownian motion of a particle in Euclidean space with time as the parameter).

In 1940, he began a systematic development of martingale theory, the focus of one of the chapters, nearly 100 pages long, in his 1953 book "Stochastic Processes." This treatise of over 650 pages has been one of the most important and influential books on probability since Laplace's 1812 book. Martingale theory plays an essential role, as Doob demonstrated, in the study of a wide variety of stochastic processes, in mathematical statistics, information theory, and in parts of mathematical physics. Now, it is also widely used in financial mathematics and many other parts of science and technology. In 1954, he showed how various classical potential theory concepts, such as the properties of the Perron-Wiener-Brelot solution of the first boundary value problem for harmonic functions on an arbitrary open set and arbitrary assigned boundary function correspond to properties of superharmonic functions on Brownian motion paths. He obtained similar results for the heat equation in 1955. These papers inspired a vast literature on other boundary value problems, especially by the Russian school under Dynkin. Hunt extended the ideas to found what is now called probability potential theory, in which each of a large class of Markov processes corresponds to a potential theory and conversely. The basic tool is martingale theory.

He accomplished all of this and more, including important work in complex function theory and ergodic theory, by the age of 45. Up to 68, when he retired from his teaching (and he claimed that he was retiring from mathematics as well), he also accomplished much including new work in axiomatic potential theory and Choquet boundary theory. But after his "retirement" he continued to be active mathematically. This included writing a number of papers and books, one entitled "Classical Potential Theory and Its Probabilistic Counterpart" is well over 800 pages long. A glimpse of his personality and mathematical style can be found in his vivid autobiographical remarks contained in the November 1997 issue of Statistical Science.

He was born in Cincinnati, Ohio, February 27, 1910, the son of Leo Doob and Mollie Doerfler Doob. The family moved to New York City before he was three years old. The parents felt that he was "under-achieving" in grade school and placed him in the Ethical Culture School, from which he graduated in 1926. He then went on to Harvard where he received a BA in 1930, an MA in 1931, and a PhD in 1932. After postdoctoral research at Columbia and Princeton, he joined the Department of Mathematics of the University of Illinois in 1935 and served until his retirement in 1978. He was a member of the Urbana campus's Center for Advanced Study from its beginning in 1959. During the Second World War, he worked in Washington, D. C. and Guam as a civilian consultant to the Navy.

He was married to Dr. Elsie Field for nearly sixty years. She died on January 24, 1991. She was the Medical Director of Planned Parenthood of Champaign County and worked as a full-time volunteer after her retirement. He is survived by two sons and one daughter: Stephen Doob of Merlin, Oregon: Peter Doob of Brentwood, California: Deborah Doob of Loganville, Wisconsin; and by four grandchildren. Doob served the mathematical profession as president of the Institute of Mathematical Statistics in 1950, as president of the American Mathematical Society during 1963-1964, and in many other capacities.

He enjoyed, no matter what the season or the weather, hiking and the camaraderie with other members of the Saturday Hikers, an informal group with nearly 100 years of existence. He also liked to canoe on the nearby Salt Fork, the Vermillion, and the Sangamon rivers, rivers immortalized in the poem "Memory of a Scholar" by Richmond Lattimore, the highly praised translator of the Iliad and Odyssey.