This article was written by Donald Burkholder, Professor Emeritus, Department of Mathematics, University of Illinois. 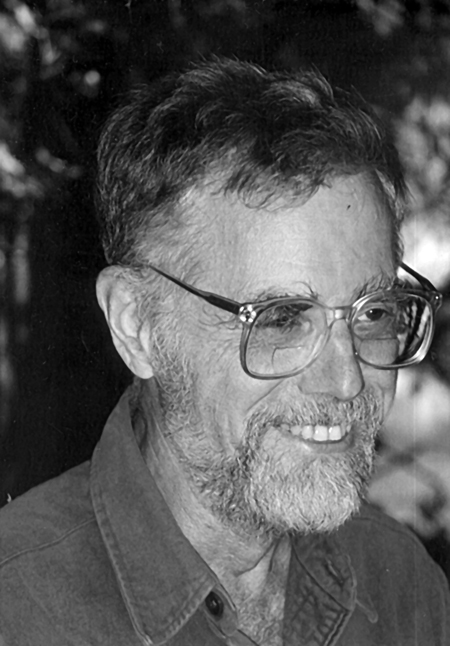 After receiving his Ph.D. from Princeton University in 1959, Frank Knight joined the mathematics department of the University of Minnesota. Frank liked Minnesota; the cold weather proved to be no difficulty for him since he climbed in the Rocky Mountains even in the winter time. But there was one problem: airborne flour dust, an unpleasant output of the large companies in Minneapolis milling spring wheat from the farms of Minnesota. Frank discovered that he was allergic to flour dust and decided that he would try to move to another location. His research was already recognized as important. His first four papers were published in the Illinois Journal of Mathematics and the Transactions of the American Mathematical Society. At that time, J.L. Doob was one of the editors of the Illinois Journal and attracted some of the best papers in probability theory to the journal including some of Frank's. He was hired by Illinois and served on its faculty from 1963 until his retirement in 1991. After his retirement, Frank continued to be active in his research, perhaps even more active since he no longer had to grade papers and carefully prepare his classroom lectures as he had always done before.

In 1994, Frank was diagnosed with Parkinson's disease. For many years, this did not slow him down mathematically. He also kept physically active. At first, his health declined slowly but, in recent years, more rapidly. He died on March 19, 2007.

Frank Knight's contributions to probability theory are numerous and often strikingly creative. One example is his introduction and development of what he called the prediction process. To study a particular stochastic process, Frank could often construct a prediction process, which is a Markov process, that can be used to the great benefit of the study. A number of examples of its use are contained in his monograph Essays on the Prediction Process published by the Institute of Mathematical Statistics in its Lecture Notes-Monograph Series, 1981. His further work on this topic includes a number of papers and the monograph Foundations of the Prediction Process published in 1992 by the Oxford University Press in their Oxford Studies in Probability.

The American Mathematical Society's MathSciNet lists over 100 papers in response to the phrase Ray-Knight. The Ray and Knight compactifications are important pillars of modern probability theory. There are many pillars in Frank's other work that spans nearly half a century. Mathematicians seldom use superlatives in their reviews of papers that appear in Mathematical Reviews. But Frank's work has been described there as "elegant" and "extraordinary".

In addition to his research papers and books, he wrote at least 22 book reviews. These he reprinted, perhaps for his own amusement but possibly with a hope of wider publication, in Collected Book Reviews by F. B. Knight in Probability Theory, 53 pages in all. He wrote reviews of books by Meyer, Ito and McKean, Maisonneuve, Murali Rao, Friedman and Pinsky, Port and Stone, Lévy, Chung, Harrison, Sharpe, Revuz and Yor, Stroock, Rogers and Williams, Kallenberg, Jacod and Protter, Varadhan, and others. Frank took the job of reviewing books seriously. As a result, his reviews are well worth reading. Not every author will be completely satisfied, not every reader will agree with all of Frank's opinions, but authors and readers will see that Frank worked hard to be interesting, useful, and accurate. Some of his reviewing, for example, six volumes of Lévy's collected works must have taken an enormous amount of his time.

Frank was born in Chicago on October 11, 1933, the son of Frank and Ethel Knight. His mother was a prominent social worker and his father was a professor of economics at the University of Chicago. According to Paul Samuelson, the economist Knight was "One of America's most influential intellectuals..." (Newsweek, July 31, 1972).

Frank married Ingeborg Belz on July 30, 1970. She survives as do their three children, Marion, Ellen, and Mark; their granddaughter, Chloe; and Frank's younger brother, Charles Knight of Boulder, Colorado, who often joined his older brother on hikes in the Rocky Mountains.

Frank was an avid mountain climber in North and South America and the Alps, including the Matterhorn and some of the highest mountains in Peru. He was also a regular Saturday hiker, along with Doob, Haken, and others. Frank was a good pianist, playing mostly in his home. The concerts that he enjoyed the most were those devoted to baroque music. He was a strong supporter of the excellent local baroque ensemble.