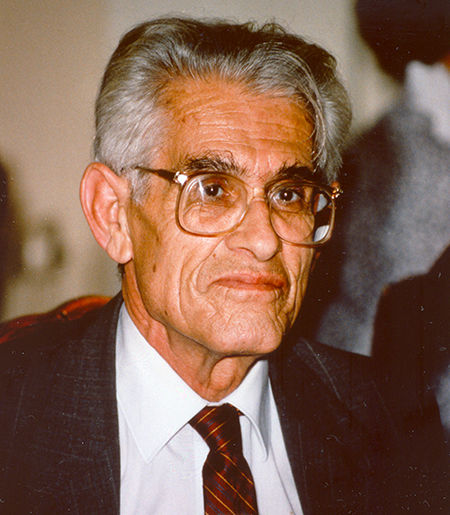 CHAMPAIGN, Ill. Felix Albrecht, 72, an emeritus professor of mathematics at the University of Illinois at Urbana-Champaign, died December 4, 1998 at his home in Urbana, Illinois, after a long illness. Albrecht's major research contributions were to the qualitative theory of dynamical systems. In particular he was recognized for his research on the Pontriagin theory of optimal control, and the associated stability problem. Throughout his research career, Albrecht kept in close contact with modern developments in topology and global analysis. He had a wide and constantly expanding mathematical background and excellent mathematical taste. His lectures were lucid and interesting. Very remarkable was the reaction of his many students to him both as a mentor and a friend. They found him inspiring and painstakingly conscientious. His integrity, culture, intelligence and mathematical talent were an inspiration to all who had the privilege of knowing him.

Felix Albrecht was born April 19, 1926, in Cernauti, Romania, which later became part of the U.S.S.R., and is now part of the Ukraine. His marriage on December 21, 1947 with Isidora Wiegler was one of the defining events in his life. This loving relationship, their love of art, and his passion for mathematics were the sustaining forces throughout his life. Albrecht studied mathematics in Bucharest and received in 1951 a diploma in mathematics from the University of Bucharest. He then became an Assistant Professor at the Bucharest Institute of Technology from 1951 to 1955, with a simultaneous appointment as a Research Fellow and later as a Senior Research Fellow at the Institute of Mathematics of the Romanian Academy. In 1963 he emigrated from Romania, where the life of an independent mind had become intolerable to the regime. His first appointment abroad was as a Research Associate at the Federal School of Technology in Zurich, Switzerland from 1963 to 1964. Wesleyan University in Middletown, Connecticut offered him a position in 1964, first for two years as Associate Professor, followed in 1966 by a promotion to a professorship. In 1967-68 he was a member of the Institute for Advanced Study in Princeton. In 1968 he was appointed Professor of Mathematics at the University of Illinois in Urbana-Champaign, where he became an Emeritus Professor in 1992. During this period, he was a visiting professor at the Universities of Pisa, Florence, Strasbourg, to name a few. After his retirement, Albrecht's life continued very much as before, except for the disappearance of regular classroom instruction, and the inability of the department to utilize his fluency in French, Russian, German, Italian and Romanian in language exams. His love of mathematics and his interest in his students continued undiminished throughout this period, during which he still served as chair of the Department's library committee. He continued to study and work on mathematics until the last few days of his life. Felix Albrecht is survived by his wife, Isidora, in Urbana, and two nieces, living in France.

Memorial contributions may be made to the University of Illinois Foundation for the Mathematics Department Library.