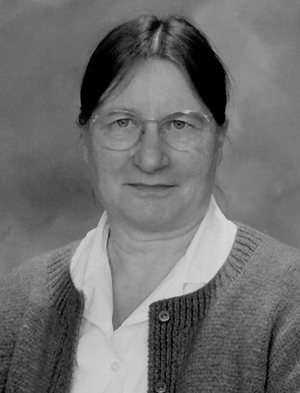 Catherine Doléans-Dade died on Sept. 19, 2004, after a long struggle with cancer. She was a long time member of the University of Illinois probability group, as well as the wife of mathematics professor Everett Dade. In the theory of martingales she was known for what is now called the Doléans measure.

Catherine Doléans first came to the U of I Mathematics Department as a visiting graduate student under a Fulbright grant in 1967-68. After receiving her Doctorat d'Etat from the University of Strasbourg, France, in 1970, she returned here with her husband and first child in 1971. She was an Assistant Professor in the Mathematics Department from 1971 to 1979, when she resigned to take care of her two growing children. From 1981 until her death she was an Adjunct Associate Professor in the Mathematics Department. At various times during this period she was an editor for the Annals of Probability, and for the Illinois Journal of Mathematics. After her children were grown, she taught from time to time for the U of I Statistics Department, for Home Hi, and for University High School, where she worked until last spring, when she became too ill to continue.