Jennifer McNeilly, Director of the Math Merit Program, has been named the 2023 recipient of the Paula Adametz Hays Staff Award.

The College of Liberal Arts & Sciences at the University of Illinois Urbana-Champaign (LAS) is responsible for selecting the recipient of the Paula Adametz Hays Staff Award. The award, established in 2019, is bestowed annually upon one civil service employee or academic professional who promotes positivity, supports and encourages others, and demonstrates initiative and excellence in their work performance.

McNeilly’s colleagues say that her diligent work and dedication has had significant positive impact on students and her peers alike. The Math Merit Program for Emerging Scholars, a program designed to enhance the undergraduate experience in mathematics at Illinois, has grown significantly under McNeilly’s leadership. As director, her responsibilities range from collaborating with the admissions office and advisors across campus to enroll undergraduate students in the program; recruiting, training, overseeing, and evaluating TAs who teach Merit sections; mentoring both students and TAs; seeking external funding for the program; and drafting and disseminating reports of the program’s successes, of which there have been many. To name just a few, under McNeilly’s leadership, the program has expanded from 4 sections in 3 courses to 21 sections in 7 courses, and enrollment numbers in the Merit Program have grown from 90 to approximately 500 mathematics students.

McNeilly also frequently collaborates with others to improve programming for various math department initiatives. She has helped create pedagogical materials and procure grant funding for the department’s SIM Camp, an annual summer outreach activity that Illinois mathematics graduate students organize for middle and high schoolers. She also works with the undergraduate office to help advise students with secondary education minors. According to her colleagues, McNeilly has also been a pivotal member of the math department’s climate, equity and inclusion committee since its inception in 2020.

Several current and former students lauded McNeilly’s mentorship, noting in particular the culture of support and inclusion she has managed to build among graduate TAs. “Jennifer McNeilly is at the heart of the initiatives within the UIUC department of mathematics that work to promote mathematics education, equity, and justice,” says a former PhD student. “Jennifer was just as willing to help and advise me when I wasn't her TA as when I was,” says another, echoing several other comments about how frequently McNeilly goes out of her way to help others.

Despite McNeilly’s long and impressive list of accomplishments, she won’t be resting on her laurels. “There’s always more I want to do,” she says. However, she also says that winning the award and being recognized has given her a chance to reflect and to be proud of her achievements thus far. “It’s a wonderful feeling,” she says. “I’m so thankful for the chance to work with such amazing graduate and undergraduate students, and I’m grateful that the department and the college would recognize my work in this way.”

To learn more about Jennifer’s work with the Merit Program, visit https://merit.illinois.edu. 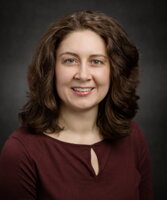