Jerome (Jay) R. Singer, A UC-Berkeley physicist who pioneered the development of magnetic imaging, died July 30. A longtime Berkeley resident, he was 97.

Singer was a Professor of Engineering Science, Emeritus, University of California-Berkeley, where he taught and carried on research for 25 years in the Electrical Engineering and Computer Sciences and Biophysics Departments. He was also an Adjunct Professor of Radiology at the University of California, San Francisco, for several years where he carried forward research on magnetic imaging systems. 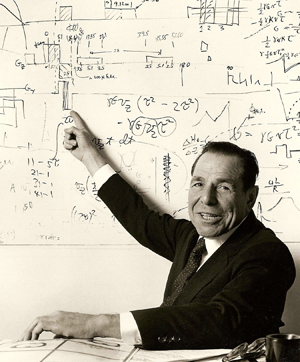 Singer’s research work was seminal in initiating the development of Magnetic Imaging (MI), the medical technology that measures the response of the atomic nuclei of body tissues to high-frequency radio waves when placed in a strong magnetic field, and that produces images of the internal organs.  Singer was nominated for the Nobel Prize for his work on MI.

A colleague, Professor Paul Lauterbur of Stony Brook University and the University of Illinois, who was awarded the Nobel Prize for his work on MI, referenced Jay Singer as the pioneer of magnetic imaging in his published Nobel Prize speech. 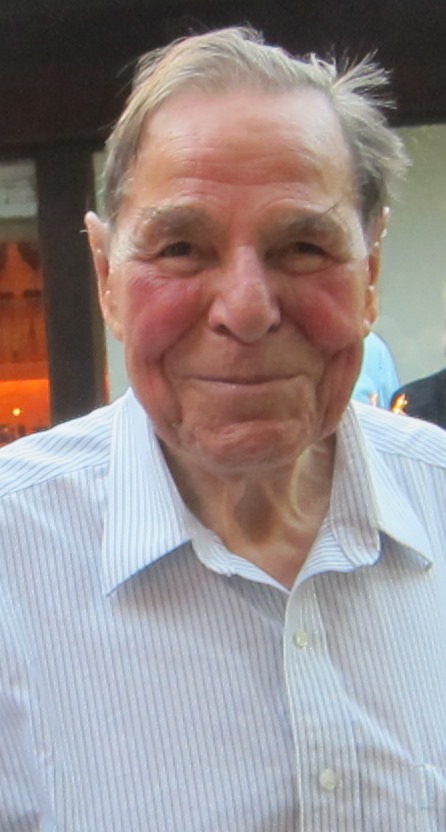 In his biography, Singer wrote: “After working on an early form of lasers, and writing a book on that topic, I decided to investigate magnetic resonance as a method to measure human blood flow.  After a number of failures, (typical of all pioneering research), I succeeded in using magnetic resonance to measure blood flow volumes and velocities in a mouse.

“Following that, I succeeded in measuring blood flow in human fingers and arms, and published several of the results in the journal Science.  In the course of my research, I observed that solid tissue provided a strong magnetic signal response; that led to the concept of using magnetic resonance for imaging all of the human body.  After my early work showed the possibilities, dozens of researchers began to try to develop magnetic imaging.

“It became a race.

“In retrospect, we were fortunate to discover that, in nature, every hydrogen nuclei is strongly influenced by its nearby surrounding tissue.  That influence is in the form of variations in reducing the time taken for the hydrogen nuclei to alter the direction of its internal magnet—it is called variations of the relaxation time of the proton.  This effect makes magnetic resonance imaging practicable.

“Every element of a human body is a hydrogen compound.  In fact, hydrogen is, by far, the most common element in the cosmos.  Hydrogen protons are magnetic—that is why MRI—(Magnetic Resonance Imaging) -- functions well.  The first detailed MRI was of an orange, it was obtained by Paul Lauterbur.  His method used rotations of the orange, collection of many images and assembling the whole image with a computer.  Lauterbur’s image was remarkable in displaying the seeds and cell structures of a cross section of the orange.  However, it took hours to perform.  His method, which he called Zeugmatography could not provide a path to human imaging.  However, it was encouraging.

“With my students Tom Grover, Joel Libove, and Larry Crooks, we developed whole human imaging by demonstrating that we could receive imaging signals through a body, and we demonstrated MRI application to blood flow measurements.  We developed the use of superconducting magnets, and built the first practicable MRI system.  It provided body images in a few minutes.

“Today, our methods are used to image any part of the body, to measure the flow of blood in hearts, and to provide cardiac diagnoses.

“Every MI system used in medicine today is based upon our concepts.  We obtained patents for our MI development along with a wonderful sense of pride for our contribution to modern medicine.”

He was married to the late Dr. Margaret Thaler Singer, a respected professor of psychology at UC-Berkeley who specialized in exposing cults and ‘brainwashing’ techniques of totalitarian groups, organizations, and individuals. A noted researcher, author, lecturer, therapist, and scholar, she died in 2003.

Professor Jay Singer was born in Cleveland, Ohio, to immigrant parents who came to America seeking a better world. His father was born in Russia (Lithuania) and his mother in Galicia in Austria-Hungary.

He was an avid tennis player, finishing second in a father-son tennis tournament at the Berkeley Tennis Club, where he was a member. He was a competitive table tennis player as well, taking pride in beating his children and grandchildren in ping pong.  He was a connoisseur of French wines and gourmet food. He was especially fond of Swan Oyster Depot, Boulevard Restaurant, and Hayes Street Grill in San Francisco; Chez Panisse, Lalime’s, and Fonda restaurants in Berkeley; and, Barney Greengrass in New York City.

Services and burial were held at Mountain View Cemetery in Oakland.

Memorial services will be held in October in Berkeley.  For information regarding the date, time and location, please contact singer@singersf.com.